Arahmaiani – The Art of Changing the World

by Yeast-redaktion on 7. Juli 2016 Artist of Sharing English version 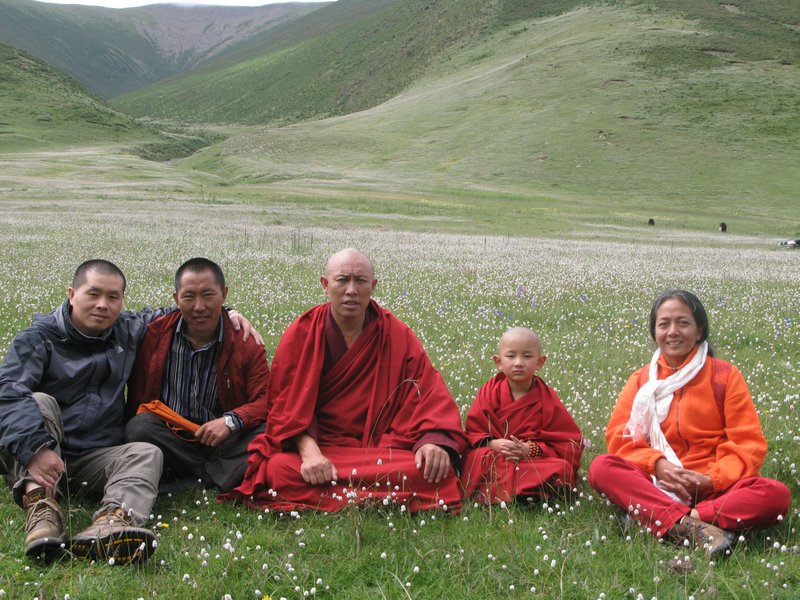 „Life is not human anymore.“ That is what the Indonesian artist Arahmaiani criticizes. The modern age emphasizes the individual but ignores the collective creativity. Whereas Arahmaiani’s goal is to encourage it. The activist’s name is composed of „Arahma“(loving in Arabic) and „iani“ (human being in Hindi).
Zur deutschen Übersetzung

She dedicated herself to the rights of the unprivileged for three decades, for example people who are discriminated because of their religion or sexual orientation or for women. Arahmaiani had her breakthrough in 2003 at the 50th Biennale in Venice. Since then she has taken part in renowned exhibitions all around the globe.  „I’m interested in reality”, she explains. The painter, sculptor, performance- and installation artist sees herself in the tradition of the social sculpture in the sense of Joseph Beuys. This summer she works as a guest scholar at the institute of Southeast Asian Studies at Passau University, where she and specialists from different disciplines deal with topics such as the organic plant cultivation.

„A spiritual level needs to be added to the material one“, emphasises Arahmaiani, who grew up as the daughter of a Muslim leader and Buddhistic–Hinduistic-Animistic mother. Again and again the artist, whose intervention “I love you” can be found at Berliner St. Michaelskirche at Engelbecken right now, is looking for the dialogue. Since 2010 Arahmaiani supports monks of a cloister at the Chinese Tibet plateau, which is threatened by earthquakes and environmental pollution. She tries to reforest the region and to introduce a sustainable way of living- with pragmatism, clarification of scientific facts and the devices of art. 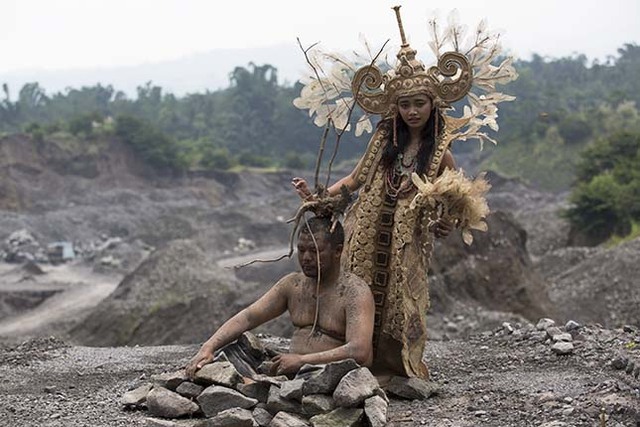 Since the Mount Merapi region on Java, the island where Arahmaiani was born, has been destroyed by a terrible eruption in 2010, she performed there together with the artist Ismanto, his daughter Sekar and his son Marcel and the ethnomusicologist Nurgiyanta.The performance was called “River Elegy” (Nyanyian Duja Sungai). It took place at the banks of the river that now had turned into a sand mine. Gentle sounds inmidst the cacaphony of the diggers, the chainsaws, the trail bikes… 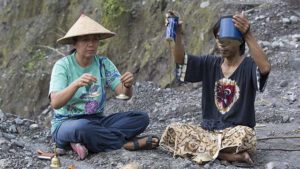 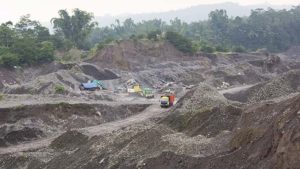 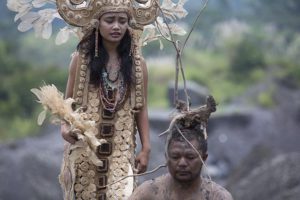 THE IMPORTANCE OF PROTECTING THE TIBETAN PLATEAU ENVIRONMENT
– Speech from Arahmaiani in Lab Gonpa, June 2012 – 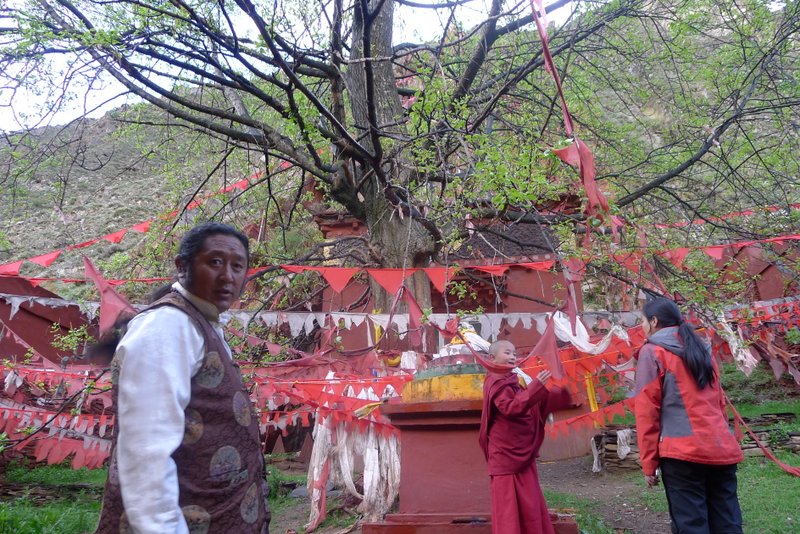 I visited the village of Lab in 2010 after it was struck by the earthquake with the intention to provide assistance to the earthquake victims. After meeting, speaking and conducting interviews with Kadeng Rinpoche, Geshe Sonam Lobsang & priest Sonam RinchenI suggested we begin to focus attention on the matter of the environment in general. Despite the horror of earth-quake I also noticed the horror of environmental destruction. This received a positive welcome from them and since that moment we have been working together to overcome environmental problems in the village of Lab and its environs. 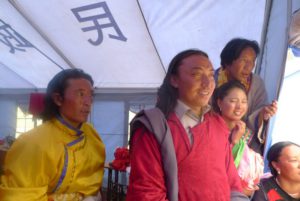 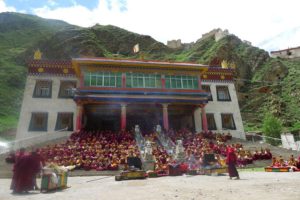 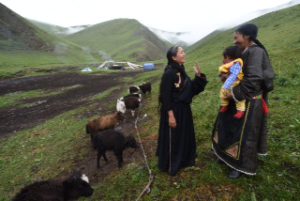 For steps at the early stage in our first two years we tried to concentrate on and take care of garbage problems in addition to planting thousands of poplar and pine trees. Also inviting the village community to be actively involved in this action to protect the environment, as well as of course the monks in the Lab monastery. In fact the monks have now been obliged to follow lessons on the environment in general as well as the Tibet Plateau in particular. The next stage will focus on health matters, beginning with education on life styles and healthy food. Another important issue is the specific attention given to the development and the use of alternative, carbon free energy. This will become a priority program in the future, besides community income generation. 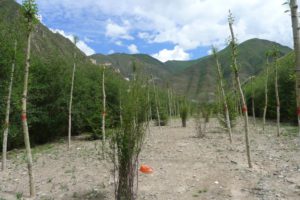 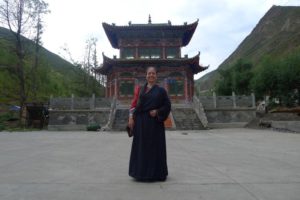 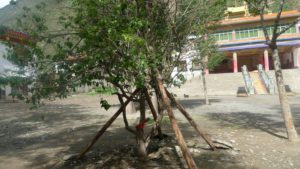 The environment in the Tibet Plateau indeed requires special care because its condition will influence ecological balance both at the regional and global levels. Apart from being one of the regions with the richest bio-diversity in the world, the reality is that the Plateau, the largest ice field and the most vulnerable spot on the face of the earth – or as it is also known the “3rd Pole”, must be able to make all parties to focus attention on it. In addition this Plateau is also referred to as the “Water Tower” of Asia because more than 2 billion people in Asia live from the water that rises in the Tibet Plateau and flows through great rivers such the Yangtze, Mekong, Yellow River, Brahmaputra, Ganges, Indus & Salween.

Actually the glaciers and permafrost are now already rapidly melting and often cause floods and mud flows at the river downstream, so this is clearly something that requires careful attention and swift countermeasures. Environmental experts have predicted that if steps are not quickly taken then in 2030 the water sources in the Plateau will dry up! Furthermore there will be a crisis of clean water that experts predict will strike the world in the next few years. Environmental problems now affect the whole world. Modern industrialization and globalization on the one hand provides profits and comforts and also brings the risk of destruction of the environment and disruption of ecological balance. The clearing of forests and the short-sighted usage of natural resources – particularly non-renewable natural resources such as oil, gas and coal have led to devastating environmental problems for humanity. 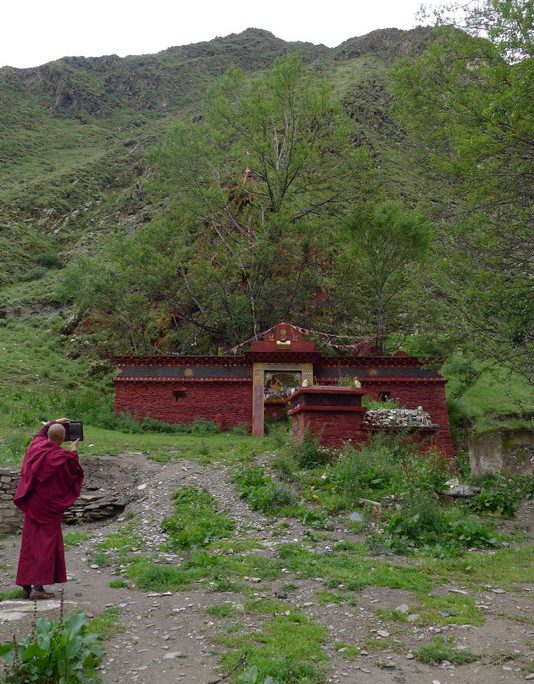 The amount of carbon-dioxide produced by industrial waste, also referred to as greenhouse gases, have far exceeded the normal threshold and must be rapidly reduced. One of the global impacts on the ecological balance is the occurrence of climate change. Nowadays apart from being difficult to predict and causing reductions to agricultural production, extreme temperature fluctuations, drought, climate changes have also lead to the increasingly frequent and massive natural disasters like increase in the frequency of floods and landslide. And the ecological imbalance in general increases other kind of natural disaster in the form of earthquakes, tsunami, volcanic eruptions, these have brought the loss of many lives as well as the destruction of infrastructure. Modern industry also focuses its activities in the big cities leading to problems of urbanization where villages and remote places are then deserted by their inhabitants, especially by the younger generation. As a result the village is neglected, its potential left unexplored, being considered to be an under-developed and old-fashioned area.

The impact of the materialistic and individualistic modern life-style also causes problems at the level of community life and culture. Communal and spiritual cultural values are viewed as seemingly worthless for this life. Yet is this true? If we look in reality the current global economic system is extremely vulnerable to crisis and provides no guarantee that it will last. It would seem that the trust in modern life-styles and fashions should surely be re-questioned and re-considered. It is furthermore apparent this system has created an increasingly widening gulf between the rich and the poor. It has created a small group of the very rich on the one hand whilst creating a large group of the poor on the other. In this way individualism can provide the chance to someone to enjoy an extremely fortunate position whilst at the same time marginalizing those who cannot get a chance. Or in other words it is almost impossible for the very poor to get that chance! Yes, modern systems emphasize the development of individual creativity and ignore collective creativity. Yet is this emphasis on individual creativity better for life? When one looks at what is happening in this modern life, we should indeed query and review this. 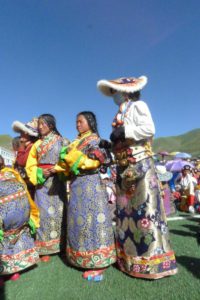 In my opinion this modern life has overly privileged reasoning and individualism– that which was initially viewed as “enlightenment” has now become decadent and rotten. Everything has become excessive and exceeding its threshold. Indeed there is nothing wrong with giving a place to the extraordinary individual that can provide a kind of enlightenment for humanity. Yet modern life-styles and fashions have slumped both morally and ethically and now in fact just encourage the ego to indulge itself. This kind of ego worship brings about disastrous side-effects and suffering for humanity and life in general. Life nowadays is no longer humane. The structure of modern-day life initially thought to be proof of human civilization has now become vulnerable to crises and crime. Nature and humans (who are part of nature itself)tend to be treated as mere objects whilst the human ego becomes the regulator and master of life on a continual self-indulgent mission. 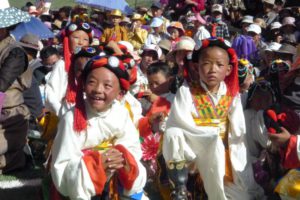 This system that is vulnerable to crisis and exploitative of natural resources has put life itself at risk. Mankind faces the threat of a future that has no shine, which is dark and heavy. Natural disasters continue to come and will always come. The population explosion is difficult to control. In turn all this will create various problems, amongst of which are food shortages and ever more widespread poverty.

It is already possible to imagine what will happen in the future: the scramble for the left over resources. The consequence is that war could be chosen by the elite in power who want to defend their luxurious life-styles and comfortable standards of living. Then, to whom will mankind complain and where will he find help? Who will come to help and protect if war or natural disaster come to destruct and destroy? 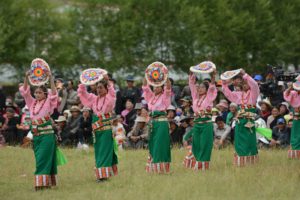 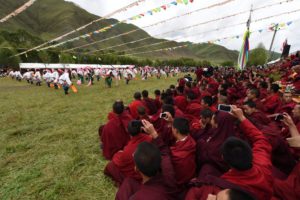 It appears that mankind has the capacity to forget that life is a beautiful garden, heaven on earth. Mankind forgets to care for it and nurse it and transforms the garden into a jungle where wild and fierce people prey on each other. Mankind makes life an arena of combat to demonstrate authority in banal and primitive ways: might is right. There is no place for the weak and those who require protection, there is no place for those who have not the heart for aggression or are incapable of dispensing hurt, who cannot conquer and dominate, for those who want to live in peace and nurse life – to watch flowers in spring, blooming and maturing – there is no place.

If we believe that mutual dependency is a fact of life and that mankind is part of nature, the human being should not consider himself to be the overlord who has the exclusive rights to exploit nature and other life forms. Mankind should not act arrogantly and egoistically and destroy nature and life. Mankind should understand that she actually bears the burden of responsibility to conserve nature and the sustainability of life for the future generations. 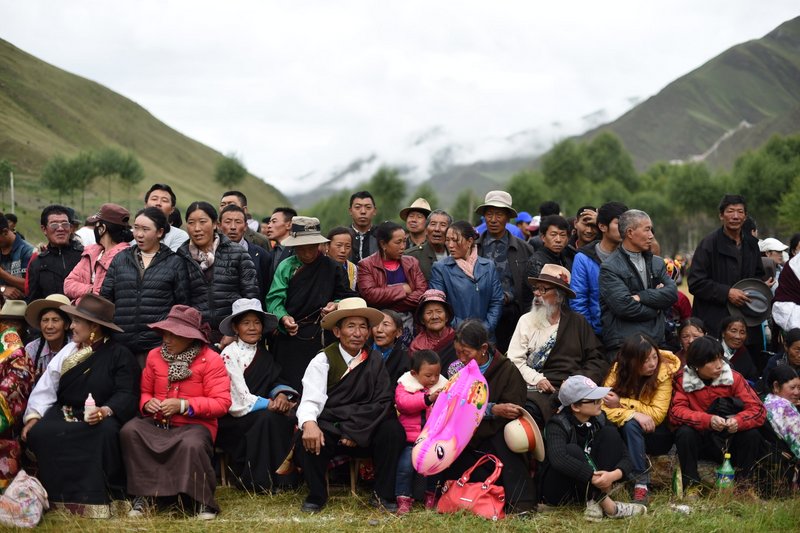 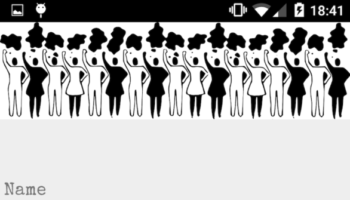 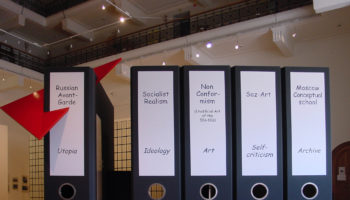 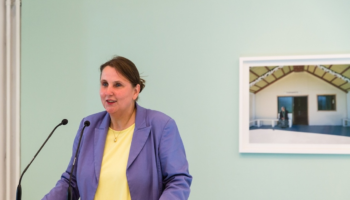 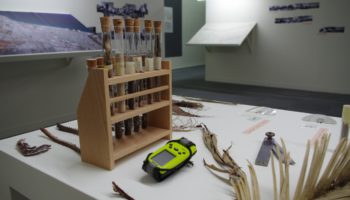 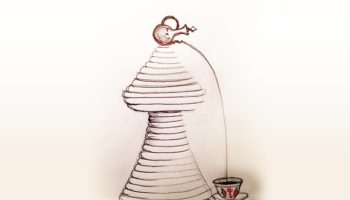