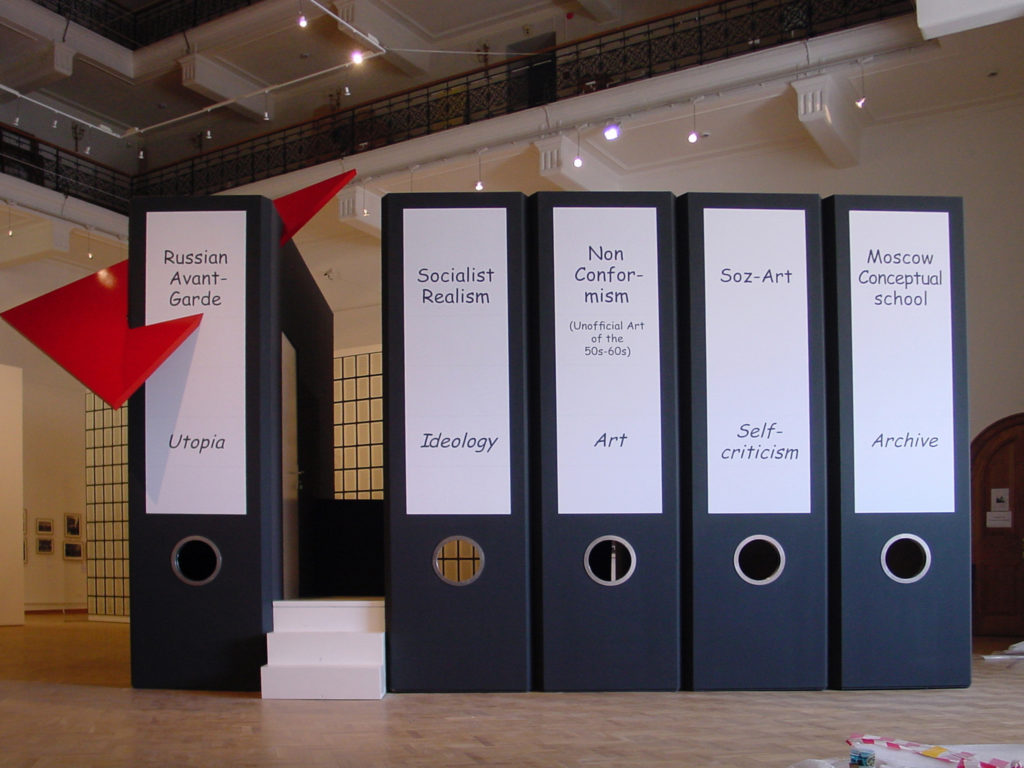 Vadim Zakharov teaches us how meaningful and equally lapsed categories are. He acts as a collector, an archivist, a publisher or a curator, and always as an artist. As an artist, however, he does not present the different activities as abstracted or concrete, conceptual artistic actions but lives all these “roles” and carries them out with his own necessary consistency. These professional activities have one thing in common: They work primarily in their own systems of order, which in turn contribute to their respective categorizations. How can all these categorizations be undermined? As the philosopher Boris Groys emphasizes, “Vadim Zakharov takes over all the works of the art system – artist, curator, critic, designer, publisher, biographer, archivist, documentary, historian and interpreter – to confirm his cultural autonomy” (Boris Groys, The promise of autonomy, “in Vadim Sakharov: 25 years on one side, Tretyakov Gallery, Moscow 2006)
For his video archive Vadim Zakharov uses the formal order systems of the file or the folder, but he creates them as an animated system in which the audience has time to see or share his experiences with a community. The archive includes 25 years of Moscow concept art with more than 230 films of solo and group exhibitions in Russia and abroad from 1989 to 2014. The artist Vadim Zakharov startet his latest project “Artist to Artist” with an invitation to the art world, to comment an unnamed drawing in a free artistic way. The artistic responses to the artwork were unified in the exhibition “One Work – 35 Comments” in October 2016.

The Artist to Artist project is the brainchild of an artist who uses his modest resources – his own apartment, his personal and professional relationships, and his own money – to start an open exchange of opinions among artists, critics, gallery owners, curators, art collecters, and people of other professions. The idea is to boost this communication through additional means, such as working out a model of “activity”, offering ways of “functioning in culture”, and using the artist’s creative energy to find a way out of the routine patterns  of contemporary art. The Artist to Artist’s opening exhibition called One Work- 35 Comments features only one graphic work by Ireen Zielonka.

As an artist and organizer of the exhibition, I asked some 50 odd people to comment on that work. Among them were artists, critics, curators, etc. all of whom I knew personally. They were from different backgrounds and different social status. I found it interesting to create a dialogue between the young artist and the spectator through one work only. To avoid prejudice and create intrigue, which was bound to stimulate response, the artist’s name was revealed only after all the comments had arrived.

I have seen Irene Zielonks twice – when I visited the open studios in Weissensee and accidentally came upon her studio, and when I invited her to take part in the project. 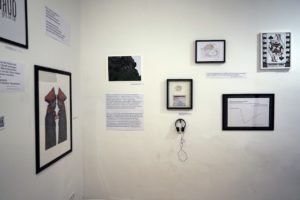 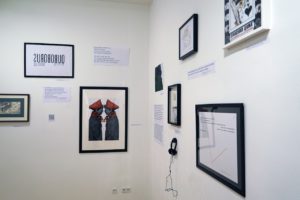 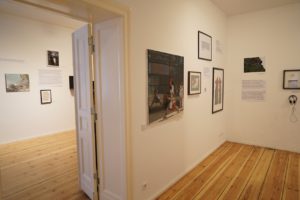 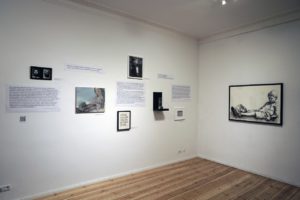 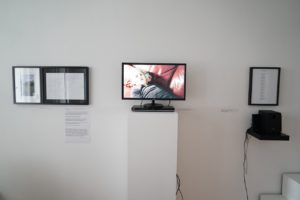 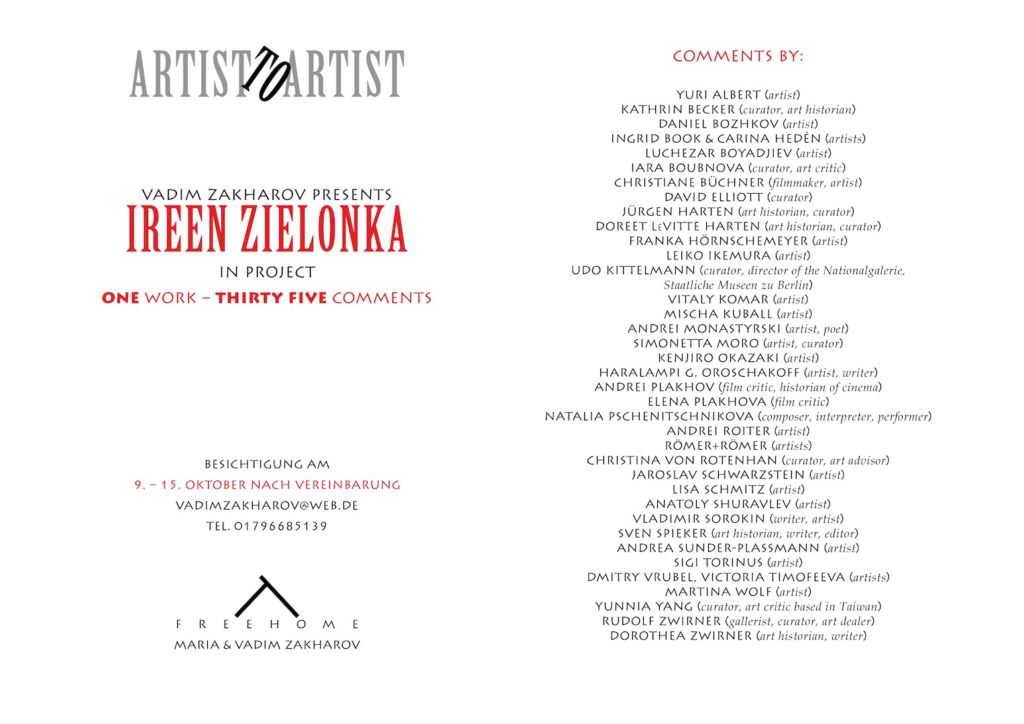 I act as a collector, archivist, publisher and artist. Such “many-handedness” could be called “the Shiva method”; and this is one of the central principles of Moscow conceptual art. Practically all artists in this movement actively combine literary, archival, artistic and performance activities. It is interesting that now, even though times have changed, even though the political and cultural situation is more open, and even though there have been numerous publications in Russia and in the West, it is somehow important for the artists of Moscow Conceptualism to keep holding back (with all eight hands, as it were) the materials that have accumulated over the past thirty years in what is essentially the semi-private sphere. And this is not only a case of the state marginalizing the artists, nor the putative absence of technological means to publish, nor the lack of a decent economic infrastructure.

My ambitions as an artist are equal to the greed of the collector, the bureaucratic impulse of the archivist and the poise of a publisher. The archive, the collection and the publishing house are not, in my case, a complement or an imitation of the artistic gesture, as is often the case when an artist invents fictitious publications, companies or museums; or when he uses fanciful backdrops to stage yet another segment of his invented “history” as an artist. My case is just the opposite – it is hyper-reality in which nothing has been invented (other than, naturally, the artist Vadim Zakharov). Everything in it is bona fide – the archive is an archive, and the publishing house puts out real books, albeit with a tiny print run. True, I incorporate the archive and the publishing house into my installations, I use their status as the Other to emphasize and underline a particular concept of mine; but I never forget that with them as background the gesture itself sometimes acquires the status of the Other. In such a situation one always needs to find a balance and to devise a survival strategy. And this is where I see my individuality and uniqueness – I do not know who will survive. I juggle dangerous objects which could hurt or destroy me if I stumble.

Is it not this very absurd predicament that we call “art”, and is it not this very circus that we hurry to see, elbowing each other out of the way in the process? If this is indeed the case, I have ensured my own future. Everything cannot be wiped out completely. Either the archive or the collection, or the editions, or the artist will keep hanging onto the coat rack of history – somehow, somewhere. 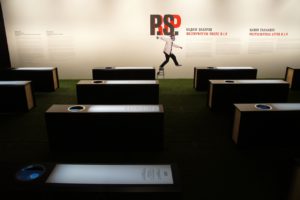 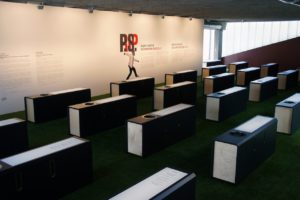 The installation represents an author’s subjective classification of Russian art staged as a bureaucratic drama. The work at hand parodies all efforts at classification, and yet at the same time it demonstrates the impossibility of existing outside of our culture’s bureaucratic language. This installation is not an art critic’s analysis, neither is it a “game in art.” Here facts and laughter form an image much more real than one garnered simply from the history of culture. This myth-image is stronger, more exact, and more true than reality, despite the omissions, mistakes, and biased view of the author. And of course, it is of little consequence that Russian art was taken as the object of this study. Any other art could have taken its place. The important thing is this: the files are those artifacts common to all cultures that have spread out into the dimension of architectural erection, and are but an affirmation of the universal striving of humankind for the utopia of the eternal Archive.

Vadim Zakharov received amongst many others The Innovations Prize for Contemporary Art (2006) and the Kandinsky Prize (2009). He represented Russia at the Venice Biennale 2013. 2015 he had a single exhibition in the Garage Museum of Contemporary Art, Moscow. He lives and works in Berlin, Cologne and Moscow.
Further Informationen to Vadim Zakharov.